Shortsightedness is reaching epidemic proportions. Learn how to protect your eyes and the eyes of your loved ones. To learn more click here: http://www.nature.com/news/the-myopia-boom-1.17120

As the baby-boomers age, blindness from age-related macular degeneration is on the rise. More than 3 million more people will become victims in the next five years. Eating right can lower your risk.

Age-related macular degeneration (AMD) is the leading cause of vision loss among people 50 and older. It affects more than 1.75 million people in the U.S. and is expected to strike as many as 3 million in the next five years.

The macula is the small spot near the center of the retina. The eye needs it for central vision to see objects straight ahead. When the macula becomes damaged, it severely limits your ability to see things in your central line of vision.

Red light cures acne. Amber light, sleep disorders. And don’t even get us started on violet light—studies suggest that lights on the far end of the visible spectrum may even help treat certain cancers. Welcome to the new, exciting (and occasionally dubious) world of light therapy, where bathing yourself in various hues of visible light can combat disease and forestall the effects of aging.

For years, scientists have argued that, when it comes to managing pain and treating skin conditions, a little light may help. And now a new study in the journal Brain presents strong evidence that a narrow band of green light can make migraines more manageable.

If you’re over 40, it’s likely that you’re not seeing as well as when you were younger—and if you’re over 60, it’s nearly certain that your eyesight has declined.

Breakthrough approach: Behavioral optometry—using eye exercises to improve vision—is an effective but usually overlooked method for stopping, slowing and even reversing the age-related decline of eyesight.

How to Never Get Angry: 3 New Secrets From Neuroscience

They’re one inch from your face, boiling with rage, screaming and yelling at you.

And all you want to do is scream and yell back. But you know that’s not going to be good for anyone…

I’ve talked before about how to deal with others who are angry and irrational, but how can you control those emotions in yourself?

Looking at the neuroscience, there’s a right way and a wrong way to do it.

So let’s dig into the research on how to get rid of anger, what you’re doing wrong, how to do it right and how it can make you and those around you much happier…

This excerpt is from time.com 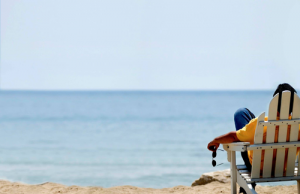 Stand up, walk outside, look far away and get some natural light. It can help you #see #better. Remember, there is a #myopia #epidemic happening here and abroad.

Conjunctivitis, also called pink eye, is one of the most frequently seen eye diseases, especially in kids. It can be caused by viruses, bacteria or even allergies to pollen, chlorine in swimming pools, and ingredients in cosmetics, or other irritants, which touch the eyes. Some forms of conjunctivitis might be quite transmittable and quickly spread in school and at the office.

Conjunctivitis is seen when the conjunctiva, or thin transparent layer of tissue covering the white part of the eye, becomes inflamed. You can identify conjunctivitis if you notice eye redness, discharge, itching or swollen eyelids and a crusty discharge surrounding the eyes early in the day. Pink eye infections can be divided into three main types: viral, allergic and bacterial conjunctivitis.

The viral type is usually a result of a similar virus to that which produces the recognizable red, watery eyes, sore throat and runny nose of the common cold. The red, itchy, watery eyes caused by viral pink eye are likely to last from a week to two and then will clear up on their own. You may however, be able to reduce some of the discomfort by using soothing drops or compresses. Viral pink eye is transmittable until it is completely cleared up, so in the meantime maintain excellent hygiene, remove eye discharge and try to avoid using communal pillowcases or towels. If your son or daughter has viral conjunctivitis, he or she will have to be kept home from school for three days to a week until symptoms disappear.

A bacterial infection such as Staphylococcus or Streptococcus is usually treated with antibiotic eye drops or cream. One should notice an improvement within just a few days of antibiotic drops, but be sure to adhere to the full prescription dosage to prevent pink eye from recurring.

Allergic pink eye is not contagious. It is usually a result of a known allergy such as hay fever or pet allergies that sets off an allergic reaction in their eyes. First of all, to treat allergic pink eye, you should eliminate the irritant. Use cool compresses and artificial tears to relieve discomfort in mild cases. When the infection is more severe, your eye doctor might prescribe a medication such as an anti-inflammatory or antihistamine. In cases of chronic allergic pink eye, topical steroid eye drops could be used.

Pink eye should always be diagnosed by a qualified eye doctor in order to identify the type and best course of treatment. Never treat yourself! Keep in mind the sooner you begin treatment, the lower chance you have of giving pink eye to loved ones or prolonging your discomfort.

You can now request your next appointment online.

Visit the Contact Us section of our web site and complete the Patient Registration Form. The form is secure and our office will be notified once the form is complete. When you walk in for your next appointment, we’ll already have the information entered into our computers. We’re always looking for ways to serve our patients better.

Everyone’s found themselves in the dark, at some point in their lives. After a while you begin to recognize familiar things in your surroundings. This is called ”dark adaptation”.

In order for night vision and dark adaptation to occur, several physiological, neurological and biochemical mechanisms have to take place behind the scenes. So how do our eyes actually function in low light? Let’s examine some eye anatomy. The retina is a layer of cells at the back of the eye. The section of the retina opposite the pupil which produces the point of focus is called the fovea. The retina comprises cone cells and rod cells, named for their respective shapes. The rods have the capacity to function better than cone cells in low light conditions. They are not found in the fovea. As you may know, the cones help us see color and detail, and rod cells let us see black and white, and are light sensitive.

Considering these facts, if looking at an object in the dark, like the edge of the last stair in a dark basement, you’ll be better off if you look at the area right next to it. That way, you’re avoiding the use of the fovea, which only has cells that are less sensitive to low light.

In addition to this, the pupils, the black circles in the middle of your eyes, dilate in low light. It requires approximately one minute for your pupil to completely dilate; however, dark adaptation will continue to increase for the next half hour.

Dark adaptation occurs when you first enter a darkened theatre from a bright lobby and have a hard time locating somewhere to sit. But after a couple of minutes, you adapt to the dark and see better. This same thing occurs when you’re looking at stars at night. At the beginning, you can’t see very many. If you keep staring, your eyes will dark adapt and millions of stars will gradually appear. Even though your eyes require several moments to begin to see in the darker conditions, you’ll always be able to re-adapt to exposure to bright light, but if you return to the darker setting, your eyes will need time to adjust again.

This is one reason behind why so many people have trouble driving their cars at night. When you look directly at the ”brights” of a car heading toward you, you are briefly blinded, until you pass them and your eyes once again adjust to the night light. To prevent this, try not to look directly at headlights, and learn to use your peripheral vision in those situations.

There are a number of conditions that could potentially lead to trouble seeing at night. Here are some possibilities: not getting enough Vitamin A in your diet, macular degeneration, cataracts, glaucoma, and others. Should you begin to detect issues with night vision, schedule an appointment with one of our eye care professionals who will be able to identify and rectify it.

Picking out new eyeglasses can be a daunting task, whether you're getting your very first pair or you've worn them nearly all your life. The sheer volume of eyeglass choices can be torture to work your way through if you don't have any idea what you're looking for.

Not only are there many different shapes and colors in eyeglass frames, but advances in technology have also brought us a variety of new materials, for both the frames and the lenses, which makes eyeglasses more durable, lightweight and user-friendly. Eyeglass frames are now created from high-tech materials such as titanium and "memory metal" for the ultimate in strength and style, while the lenses are now thinner and lighter than ever before, even in high prescriptions.

Lens options, such as anti-reflective coating, light-changing tints, progressive lenses and new high-tech, light weight materials such as Trivex(TM) and polycarbonate, let you choose a pair of eyeglasses that enhances your vision, no matter what you like to do.